Why Apple’s iPad Mini is Perfect for School Wireless Networks

The iPad Mini has hit the market and will likely be seen in a school near you in the near future. This smaller version of the ever popular iPad has addressed a major challenge many schools were facing when trying to get these mobile devices into their classrooms, a lower price tag. Now more schools will be able to afford them for use as learning tools on their school wireless network.

The existing iPad is just too expensive for many schools. At $499 for the basic 16-GB Wi-Fi only version, it’ just not an easy purchase for schools or parents. The 7.9″ iPad mini, yes a smaller version but also a little easier on the wallet comes in a $329.

Another great this for educators is that this new device maintains the same aspect ratio of the full-sized iPad. That means all of the software developed for schools for the previous versions of the device will work seamlessly on the new one. There is no need to reconfigure apps or develop and purchase new ones. All the apps currently in the App Store and all the apps that will be in the App Store will work on the iPad mini, with no adjustments required. This is particularly great for the schools that are now, because of the lower price tag able to add on to their fleet.

The iPad Mini was just made for schools. It’s smaller and lighter for the students and it’s not so devastating when one gets dropped on the classroom floor since again it’s cheaper. According to some reports, when the iPad 3 was launched, the iPad 2’s sales soared when its price dropped, and the K-12 market showed great demand for these cheaper tablets. This makes me think the iPad Mini will really take off with the education industry.

Another good point is the schools are not only saving money by buying these cheaper iPads versus the current full-sized model , but when also coupled with buying electronic textbooks instead of regular paper textbooks will save tons of money in the long run. 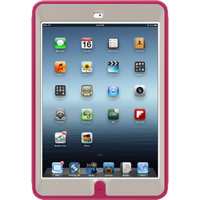 -Think about this, according to the National Center for Educational Statistics, the U.S. school districts spend about $8 billion on textbooks, workbooks, and other materials for K-12 students every year.

-The National Association of College Stores has reported that college students spend an additional $10 billion for course materials.

If you add all those numbers up that’s over $25 billion dollars and let me remind you the actual numbers are likely much higher. There’s obviously a boat load of money that could be saved by buying digital formats of these textbooks and other supplemental materials.

Overall I think the iPad Mini is a really great bargain for schools or even parents looking to buy new educational technology. You can check out this article 10 Big Pros of iPads as Technology in the Classroom to see how iPads really do make great learning tools. First and foremost though, you need to make sure you’re school wireless network is prepared to handle these new mobile devices. You can buy all the latest and greatest classroom technology in the world, but if your wireless network isn’t equipped to handle all these mobile devices efficiently and effectively. Whether you go the 1 iPad to 1 student  (1:1) route or begin allowing BYOD it’s important to make sure your school wireless network is prepared for the future of mobile devices, because they are the future of education.

If you would like some guidance on implementing the iPad Mini and other mobile devices on your school wireless network we are here to help. Here at SecurEdge we have helped schools all across the country prepare their school wireless networks for iPad implementation and other mobile devices.  If you would like a free consultation or have any questions contact us here. You can also download our free guide below. Good luck!