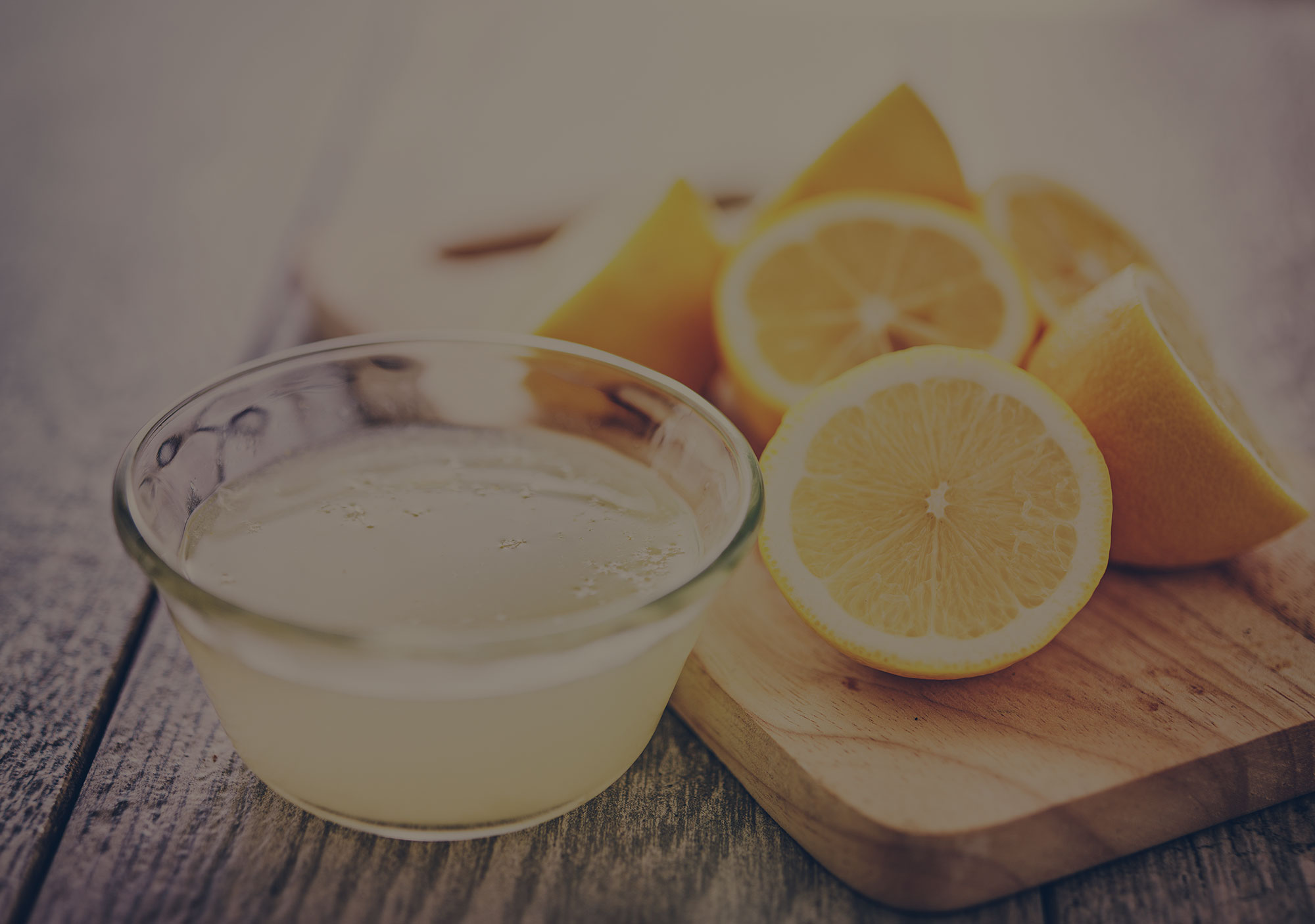 In all projects there comes a time when the rubber must meet the road. This is when what has been proposed and worked on must be implemented and your wifi design work will be scrutinized. However, as I pointed out before most of the responsibility was off of my shoulders for this particular design but I was still anxious to see if my assumptions based on my experiences and understanding of RF would hold true in this instance.

In part 2 of this article I provided the wireless network design, proposed it to the customer and discussed with them the methodology and reasons for why I had done what I had done. Once they were comfortable with my reasoning and understood the recommendations they proceeded with the next phase which was implementation of said design.

The customer took the design I had provided them and deployed the gateways to the apartments and assigned the settings as I had recommended. After the main building was fully deployed with the residential gateway units and they were all operational I scheduled a visit to go on-site and verify the configuration and how it actually performed. The results we experienced on-site were very enlightening.

After arriving on-site I began the verification process by using several RF analysis tools that would show me at a glance how the channel allocations looked. Thanks to MetaGeeks InSSIDer and Eye P.A. I was able to confirm that 2.4GHz channels were being reused too many times as were several of the 5GHz channels. 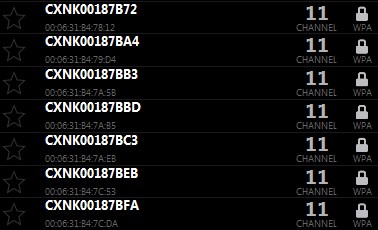 These captures above are just from the 2.4GHz channel space and as shown there were anywhere from 5-7 gateway units all using the same channel. The 5GHz channel space showed a little less channel reuse but I still had instances where a 40MHz bonded channel pair was reused up to 4x.

To address how much coverage was actually being experienced from one access point I loaded a site survey tool on my laptop. I then walked several adjacent apartments units neighboring apartment 209 which housed the one access point I was measuring. This survey allowed me to visualize how far the 2.4 and 5GHz radios from one apartment unit would cover. Below is the output of that survey which provides an example of exactly how much one access points’ 2.4 GHz radio, even at its lowest power setting, covered of the complex floor.

From just this survey sample of a few adjacent units I could extrapolate from the output that the 2.4GHz radio would cover all the way to the end units 201 & 217. The across the hall coverage wasn't as severe but I theorized it was due to the elevator bank and mechanicals which were directly across from apartment 209. The floors above and below I could also guesstimate as having almost half of that coverage. For this implementation to work I had to find a way to reduce this coverage more effectively.

In the implementation of my design the customer had followed almost all of my recommendations with one exception. The one recommendation they had not implemented was the removal of lower data rates for the 2.4 and 5GHz radios. After some review and discussion they agreed with my recommendation and removed support for 802.11b from the gateway unit radios which effectively removed data rates lower than 12Mbps for the 2.4GHz space. Once this was done I reran the survey and walked the entire floor to re-measure. Here is what the survey looked like afterwards.

With the output from this survey it is evident that the removal of support for 802.11b has minimized the 2.4GHz coverage on the floor quite a bit. In this environment it was very crucial that anything that we could do to minimize the cell overlap and channel reuse was necessary to improve Wi-Fi performance.

Now that I felt we had done everything we could do to “tune” the 2.4GHz spectrum I turned my attention to the 5GHz space. As per my recommendations the customer had set the 5GHz radios to 10% power and had set static channels on the access point radios following the channel plan we provided.

However, they did not have the ability in their software to remove the lowest 5GHz data rates and they were using 40MHz bonded channels. This was now producing some issues where we were seeing three to four other neighboring gateway units inhabiting the same bonded channel pairs.

After some additional review and discussion they decided to test my recommendation that 20MHz channels would be the best use in this environment. We decided to test throughput to one AP with one 2x2 MIMO client on channel 60+. Using just a simple speed test we performed the speed test and maxed out the connection at around 96Mbps.

We then had someone go to the floor above and over one apartment unit which was using the same bonded channel pair. We both performed a speed test at the same time and saw our results cut almost in half to about 60Mbps each.

The test results confirmed that contention for airtime would trump having faster data rate connection speeds. The decision was made to move to 20MHz channels and the changes were pushed out to all the residential gateway units. With these changes now in place I reran some of the analysis software to look at the new channel assignments which you can see below.

Keep in mind when reviewing the information below that there appear to be some overlapping of channels from the units. However, I took these captures from a second floor apartment unit which put me midway between some of these overlapping channels.

The screenshot below is to show the layout of the networks and some of the channel allocations. In hindsight now that I am writing this article I wish that I had taken some better screenshots from readings in different areas of the complex. Truly after we moved to 20 MHz I saw little to no overlap and in some areas the 5 GHz looked very clean with no channel reuse and nicely spaced channel assignments. This article was an afterthought and had it been a forethought I would have been a screen capturing fool. 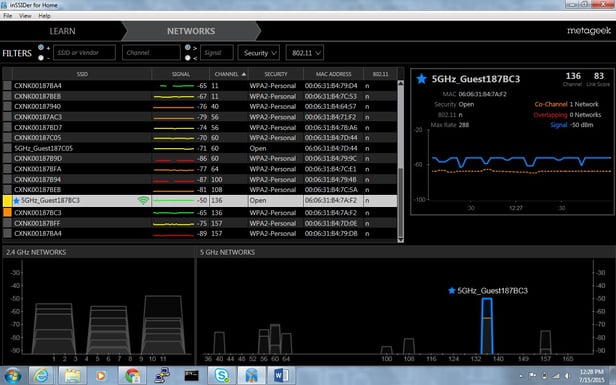 In the course of reviewing the project some of the possibilities that were discussed for this or future projects by the manufacturer and the Internet service provider are these;

As atypical as this deployment was I am hoping that this article sheds some light on how this sort of "worst case" scenario can actually be done properly.

However, it takes a service provider and manufacturing partner that agree on performance as paramount and who are willing to expend the resources to make it happen.

It was a project I was glad to have participated in and makes me hopeful that other such implementations can be done this way.

I have been on the other side as the resident and completely frustrated that the Internet service providers or my neighbors were installing wireless incorrectly which directly affected my Wi-Fi network in a negative fashion.