iPads in the Classroom Move to the Football Field in 2013 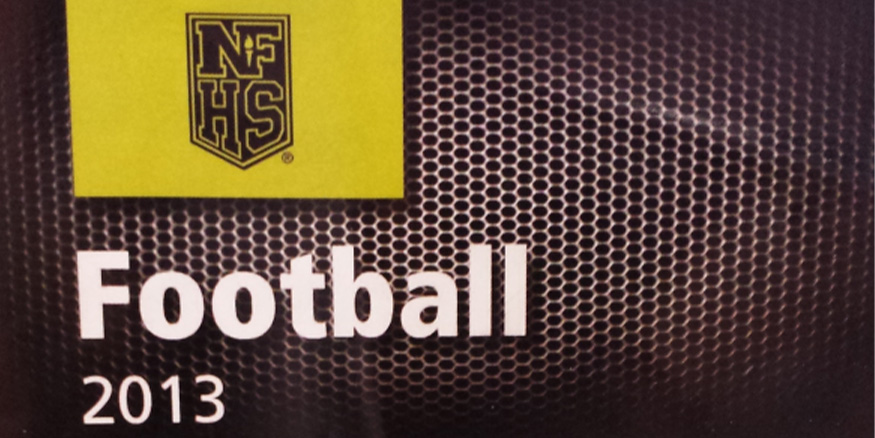 An interesting change in the National Federation of State High School Associations (NFHS) rule book will allow teachers to take their iPads in the classroom on out to the football field for the first time when the 2013 season kicks off this August.

On Friday morning, the history teacher can show his class a presentation on the iPad. Later Friday night, when he puts on his offensive coordinator hat, he'll be allowed to take his mobile device down to the football field. So in essence, he will have that wireless device at his fingertips from the first bell to the last whistle.

Before 2013, digital devices on the high school football field were limited (more on that "limited" word momentarily) to the standard headset we've seen coaches wear for decades. Even those devices have gone wireless, so that is why you rarely see the coach's son standing behind him carrying a spool of cord connecting his dad directly to the other coaches in the press box.

The key change on the high school level this year is what was mentioned above in terms of the iPad in the classroom moving down to the football field on Friday night. We should review how the rule is written for 2013 (because the job of the officials is to enforce the rules, which was fairly difficult in 2012 when the chain crews were posting updates about their game to social media websites- so much for "limited" use last year).

"Communication devices including but not limited to audio recorder, Local Area Network (LAN) phones and/or headsets, mobile phones, still photograph(s), film, analog or digital video(s) and/or Internet depictions, shall not be used to communicate with a player except during an outside 9-yard mark conference (7-yard marks in nine-, eight- and six-player competition)."

Keep an eye on that last part because the way the rule has been written is important. You can't use that iPad (or any other wireless device) while the ball is live, or during the interval between downs to communicate with a "player". Well, by definition, a "player" is anyone on the field of play. The rule doesn't prohibit coaches say, the defensive coordinator, from getting his linebackers (which would be the "non-players" listed in Article 2) huddled around an iPad streaming video from an application like Hudl.

One head coach at a South Carolina high school told me he enjoyed the new addition to the rulebook, but it doesn't mean the iPad will replace the good, old-fashioned white board coaches’ use on the field to diagram player assignments during game conditions.

Plus, here' is the real issue with the iPad coming out of the classroom and onto the football field, where does that wireless device get access to the internet to run those applications? Do you have a data connection with that iPad? Would you let your teachers and coaches utilize a data plan while they are in the classroom? Of course not, you'd be looking at adding to or upgrading your current wireless network infrastructure to allow for the operation of those iPads over the wireless network system - no data plan necessary.

Here are some more things to consider: Are you a high school in West Texas that draws crowds in the tens of thousands on Friday nights, or are you expecting "just a couple hundred" to attend the homecoming game? Attendance matters to your bottom line and to your wireless network infrastructure (indoor or outdoor).

If your school district is trying to be mindful of budget constraints that is totally understood. But, if you currently have a wireless network system at your school and think you can rely on those classrooms on the other side of campus to give your stadium the needed throughput to handle all the wireless traffic on Friday night, you may want to revise your outdoor technology plan.

Think you'd like some media exposure for your team when they are 7-0 on the season, but the media can't stick around past the 3rd quarter if they have 4 other district games to cover? If your wireless network is secure and reliable, you may notice the media sticking around a little longer because they can quickly post updates on their social media feed (that's if BYOD is allowed, but I can save that for another blog post).

Maybe your facility upgrades and the inclusion of an outdoor wireless network as part of your technology plan give you a competitive advantage? At the least, your coaches could review film from the first two quarters in the locker room at halftime.

These are just a few things to consider while enjoying your summer break and thinking ahead to football season kicking off in August. Even the rulebooks are being amended with technology in mind, making it possible for you to expand your thinking on the ways you could potentially utilize a school wireless network.

As previously described, trends such as iPads in the classroom are already starting to migrate into other areas of schools.  If your school is looking to expand or employ a wireless network to accept mobile wireless devices in either the classroom or on the football field, we can help.

At SecurEdge, we provide a Wi-Fi as a Service platform that makes networking more affordable and easier to implement.. If you have any questions or would like to discuss an upcoming project, please contact us here.