How WiFi Calling Impacts Your Network:7 Challenges You Need to Address 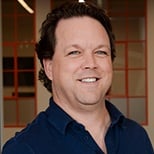 I am going to assume it is a safe bet that when you set your sights on implementing a new WLAN design that you never thought that its management would include a role as a cell tower administrator.

Well I don’t think anyone did and thanks to T-Mobile and soon Verizon as well as AT&T that has now become a reality.

All three service providers have rolled out Wi-Fi calling that turns your Wi-Fi network into a picocell mobile network for cellular phone calls and texts.

My initial reaction to this new feature was to immediately question how it will work and what impact it will have on mine and my customer’s WLANs?

Will the client user have to choose Wi-Fi or cellular connections to make the call or text?

The answer to this so far is that T-Mobile has enabled this feature on their newest smart phones so that no decision making needs to be done by the end user. As long as Wi-Fi is enabled on the phone and it is connected to a Wi-Fi network the call will use Wi-Fi instead of cellular.

This is also done in the absence of any app to facilitate the call. All call routing from cellular to Wi-Fi on the device is done in the background without user or app intervention.

It is similar in the way data works now, where Wi-Fi is the preferred connection method with cellular mobile data as the secondary option.

AT&T & Verizon have it disabled by default and it requires some user intervention to enable it but once it is enabled it will make the decision automatically.

This automated preference of networks means that your users with phones connected to your WLAN are going to be facilitating voice calls across it. The mobile operators seem to think nothing of this because they stand to gain from it.

They will be leveraging your hard built and meticulously maintained WLAN to offload their customers calls to it. By doing this they potentially improve customer satisfaction (as long as the feature works well and the networks can support this demanding service) and they minimize their costs they need to expend in deploying additional towers or radios to support the coverage and capacity that their customers demand.

While the mobile operators seem to think this is a grand idea we as WLAN designers/installers/operators/administrators and owners need to consider the consequences.

Here are seven ways wi-fi calling can have a negative impact on your wireless network.

1. Most WLANs are not designed for voice as a service.

Voice is a very sensitive application on a WLAN and is intolerant of latency, jitter and slow handoffs from AP to AP. As a result, the potential for poor Wi-Fi calling performance is there and will require current network designs to be revisited and adjusted.

2. Many WLAN hardware and software products are not optimized for the demands of voice calls.

Specifically, all the lower tier so called “Enterprise-grade” hardware is not built to the voice spec. Neither is the SOHO gear that a lot of businesses use currently. The few dollars saved in buying this level of hardware is going to cause some headaches for these businesses in the long run.

Who is going to take the call from the end user who is having issues making or maintaining a call when their phone is doing it over your WLAN?

You and I know the answer to this but it isn’t something the cellular providers have addressed directly. I am sure they know the potential issues but since they most likely won’t be in the cross hairs from the end user they probably don’t care.

I can see this already becoming the blame game again. The WLAN operator is going to blame the cellular operator for the issue and vice versa. The end user is going to be the one left in the dark not knowing how to resolve this.

Will 911 be able to trace the call somehow to properly dispatch emergency responders like it can with cellular 911? When life threatening situations are impacted by the WLAN there will need to be some review of how these processes work to ensure infallibility and protect from liability.

The current process is for the phone to be registered to a specific address but if the user is not at that address then what? From what I have checked the default behavior from the carriers for 911 calls is to default to cellular first and Wi-Fi secondary.

Currently there is no Wi-Fi calling solution in place for seamless roaming between cellular and Wi-Fi. If you start a call on either service or move to the other the call will drop.

This process is available with another service called VoLTE (Voice over LTE) where the voice call begins as a data packet and thus does not have the need to convert from voice to data when it moves from cellular to Wi-Fi and vice versa.

VoLTE has been rolled out by Verizon, AT&T & T-Mobile while US Cellular and Sprint are still in the testing stages with it.

7. Is this the end for femtocell devices?

While this isn't really a direct impact to your business's wireless network it is something that I foresee being a problem in general.

Will this mean the end of femtocell devices that the service provider sent to subscribers when coverage in their area is poor?

These devices would be connected to the subscribers’ home Internet service and would generate a local cellular signal strong enough to cover the home and support the users there.

These calls would be sent over the Internet service and routed to the carriers’ network for proper forwarding. I imagine the expectation will now be that the subscriber/customer will support this on their home WLAN.

It’s not all doom and gloom however. In part two of this blog I will talk about some of the advantages that Wi-Fi calling brings us.

In the meantime, think about your current infrastructure and how you see your users making use of this new feature and how it will impact your day to day activities.

You know your users better than anyone and I will predict that you can think of some questions that I missed.

At SecurEdge Networks, it’s our mission to help you create an affordable, robust, secure, and easy to support wireless network platform. If you have any questions regarding Wi-Fi calling or would like to discuss an upcoming project,please contact us here today.