Do I Need Guest WiFi for My Warehouse? 4 Reasons to Consider

Do I Need Guest WiFi for My Warehouse? 4 Reasons to Consider 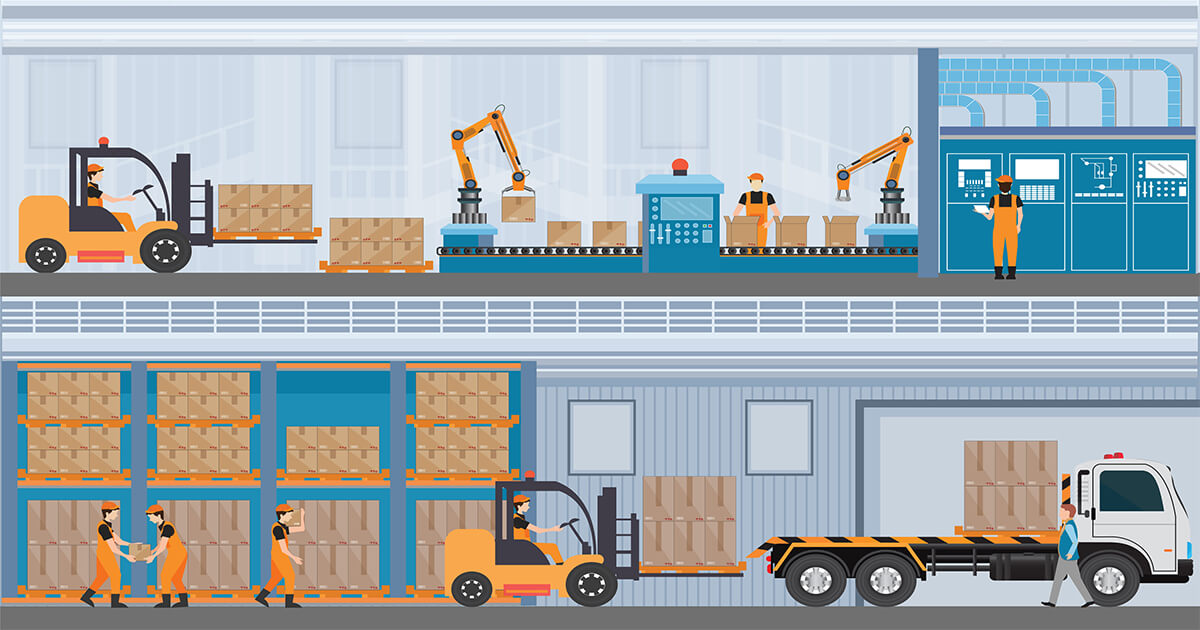 Does your company have one or more warehouses with pretty intensive IT needs? Do you feel like you may be outgrowing your current wireless networking infrastructure? Perhaps your WiFi is just not fast enough, reliable enough, or secure enough anymore to meet your company’s growth plans. In this post, we’ll look at whether guest WiFi may be the answer.

In a digital-first world, every manufacturer and wholesale distributor is in the technology business. But to their extreme detriment, even to the point of putting their company’s survival at risk, many company leaders are living in the past and fiercely resisting this marketplace reality.

When it comes to the general public’s perception of where innovation and market disruption takes place, distribution warehouses typically wouldn’t be very high on the list. While companies like Alibaba, Amazon, FedEx, and Walmart thrive in these competitive battles, their small business and mid-market counterparts aren’t earning mentions like this on CNBC, in MBA classes, or in The Wall Street Journal.

You don’t have to look far, or wide, in the American manufacturing or distribution industry to know that its management, finance, operations, and IT teams are under intense pressure to do more with less and remain competitive. Today, that almost certainly means significant investment in IT and automation in both factories and warehouses.

In this context, IT infrastructure moves from a nice-to-have to a mission-critical necessity -- right up there with utility power, HVAC systems, and running water.

So what does a manufacturing or distribution company need to think about when it comes to wireless networking infrastructure in its warehouses? And more specifically, is guest WiFi the answer for your warehouse?

In a widely-cited Verizon Data Breach Investigations Report, manufacturers were found to have large security bullseye’s on their backs. For example, 53% of security breaches are state-sponsored and going very specifically after personal data, trade secrets, and user credentials. Slightly more than half of these attacks had a financial motive, while slightly fewer than half of the security breaches were espionage-motivated.

And the Ponemon Institute estimates that cost of a single attack to be $5 million -- 25% of which is from system downtime and 30% attributed to IT and end-user productivity losses.

Poorly configured and managed wireless networks in warehouses are an accident waiting to happen. Don’t let your company become a statistic.

With properly designed, installed, and managed guest WiFi in your warehouse, you’ll be able to properly segment traffic.

This helps you add security protocols. For example with role-based access control (RBAC), you can keep employees’ personal devices off of the channels that are used for more mission-critical IT needs such as data collection and inventory.

Regardless of the software, tools, or platform that you’re invested in, your warehouse operations likely include inventory management, picking, and auditing.

All of this data requires a high-performance, reliable, and secure warehouse WiFi network.

When approached correctly, your warehouse’s guest WiFi infrastructure will help you control how different users, devices, and applications interact with your network.

You’ll also be able to assign higher priority to business devices and applications.

Approached correctly, you’ll end up with big performance improvements for your inventory devices.

You can also de-prioritize non-work related activity -- such as employees browsing their Facebook feeds.

For many warehouses, guest WiFi can also help control performance in different areas of the facility. Perhaps there’s a break room where employees can access their personal social media accounts on the company’s warehouse WiFi. On the other hand, when designed, configured, and managed properly, warehouse floor WiFi usage can be restricted to business devices rather than guest devices.

An integral part of network management, warehouse WiFi network monitoring constantly observes the network for slow or underperforming components. When an anomaly is detected, the network administrator is typically notified by email, SMS, or similar communications technology.

Manufacturers and distributors will want to invest in warehouse network monitoring so that they have increased visibility into their wireless network.

By separating traffic, you can see which applications are being used. Just as important, you can know which devices are using the applications that are monopolizing precious WiFi bandwidth.

IoT (The Internet of Things)

A few months back, Forbes contributor Louis Columbus talked about Where IoT Can Deliver The Most Value. Columbus’ take: IoT should be tapped into for improving the accuracy of warehouse management systems and related inventory monitoring.

In a related article, Columbus also reported that the global IoT market is expected to grow to $457B by 2020, based on a 28.5% Compound Annual Growth Rate (CAGR).

While the IoT business benefits to manufacturers and wholesale distributors are profound, IoT devices can use a lot of bandwidth.

However approached with the right mindset, your warehouse WiFi needn’t suffer. By setting up multiple channels for different users and devices types, warehouse IT teams can make sure that all users and devices have a more predictable experience -- regardless of how many new IoT devices come onto the warehouse’s wireless network.

The Bottom Line on Guest WiFi in Warehouses

While end users may first think of guest WiFi in the context of retail stores, restaurants, hotels, and airports, applying the same “guest” mindset to warehouse WiFi makes a lot of sense for manufacturers and distributors that are focused on improving wireless network security, network management, network monitoring, and IoT device utilization.

To learn more about how your warehouse can dramatically improve its wireless networking security, performance, management, and IoT device utilization, request a design from the experts at designing, installing, and managing guest WiFi in warehouse environments.