In 2011, mobility is becoming a necessity, but what will mobile and wireless look like in 2015?

Currently, we are always in need of a wireless connection, and if you manage a hospital, school, campus or own a business,its becoming a necessity toprovide wireless to guests too. But just how important it that you allow your wireless to stream video effortlessly in real time? 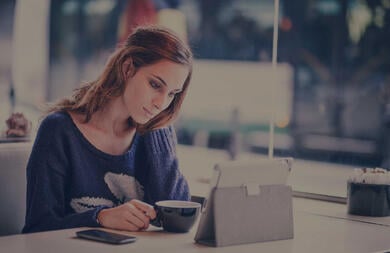 Or why do you need a network rightsized to support multiple devices and mass amounts of data? Why does your wireless need to be fast and secure?

Just check out these top three wireless predictions for 2015.
We are only four years away from these predictions becoming the norm:

According to the new wireless and mobile forcasts, in just four years, two-thirds of the world's mobile data traffic will be video.The latest study from Arbitron and Edison Research, “The Infinite Dial 2010: Navigating Digital Platforms,” also revealed some promising trends about online video.

Conducted in early 2011, the report surveyed 2,020 Americans age 12 and older. 38% of the respondents said they have watched online videolast week. That is a 26% increase from 2006 when only 12% of respondents indicated they recently viewed online video.

While in 2008online videoconsumed 2 hours and 20 minutes from people’s time per week, now it retains their attention for longer. In 2011, viewers reported they spent 3 hours and 26 minutes per week watching online video.

By 2015,wireless and mobile experts are predicting we shouldexpect global mobile data to hit 6.3 exabytes a month. To put this number in perspective, that isequal to every person on the Earth sending 1,000 text messages every second.

Experts are also predicting thattwo-thirds of the data to be in the form of video, including TV shows, movies and video calls. Meanwhile, experts also say that in 2015, 56% of mobile traffic will come from laptops and netbooks, with 27% from smart phones and just 3.5% from tablets.

3) Wireless and Mobile Access Speeds Will Increase 17x by 2015

The average mobile network connection speed doubled from 2009 to 2010 -- and a tenfold increase is expected by 2015. Experts say that within four years there will be a mobile device connected to a wireless network -- not counting Wi-Fi connections -- for nearly every person on the planet.