2 Reasons Hospital Wireless Networks will be overrun with iPads

2 Reasons Hospital Wireless Networks will be overrun with iPads 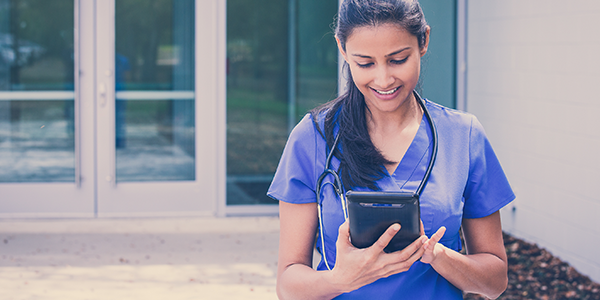 For years hospital wireless networks have been expanded to handle more and more applications. It began as a “nice to have” technology at many locations to provide things like guest access for patients in the waiting rooms but that’s not the case today. Medical wireless is now a critical system and must be built with the same resiliency standards that the wired infrastructure has.

One of our medicalcustomers has thousands of tablet PC’s running electronic medical records at any given time over the wifi network. In addition, they use wifi enabled VoIP phones for the nurses and even basic Real Time Location Services- all over their wifi network. But a new device has started hitting hospital wireless networks everywhere- the iPad.

The iPad was just introduced in April of 2010 (hard to believe isn’t it?) but it has quickly gone from a consumer device to quick adoption into the enterprise market.

But will the iPad be adopted for medical use? We think it absolutely will.

We predict rapid adoption of the iPad in hospitals for these two reasons:

1. Doctors drive the IT decisions in Healthcare organizations

We recently attended a HealthCare Technology conference in the Carolinas. The key note speaker was the VP of Operations for one of the largest hospital networks in the region. They have more than 6,000 hospital beds in their network and hundreds of doctors.

Traditional IT organizations are taught to “standardize” technology which makes great sense from a management perspective. The most interesting statement from this VP was “if our doctors want a specific technology, they get it”.

He then explained that if a doctor wanted to carry specific brand, then the organization adapts to it and that the doctors are their customers.

His philosophy is echoed in our healthcare customers as well. Which means doctors will drive the adoption of the iPad.

2. The iPad interface is superior to any other tablet device (as of today)

A recent quote in the Wall Street Journal sums up how healthcare professionals feel about the iPad: “Apple didn’t design this for the health-care industry.

But it’s a tremendous form factor.” The usability of the iPad makes it the best choice currently for a tablet PC. That may change in 2011 with the onslaught of new devices coming.

But right now there are more than 300 medical apps developed specifically for the iPad. Doctors love the ease of use and form factor of the device, that will drive fast adoption of the iPad.

Here is an infographic from Mobi Health News, on the adoption of the iPad in Healthcare facilities.

We think it’s clear that the iPad will play a significant role in the Healthcare market. We are recommending our customers design (or work with us to design) their hospital wireless networks with the knowledge that the majority of their doctors and nurses will carry 2-3 wifi enabled devices.

If we can help you or if you have any additional questions feel free to comment below or contact us.