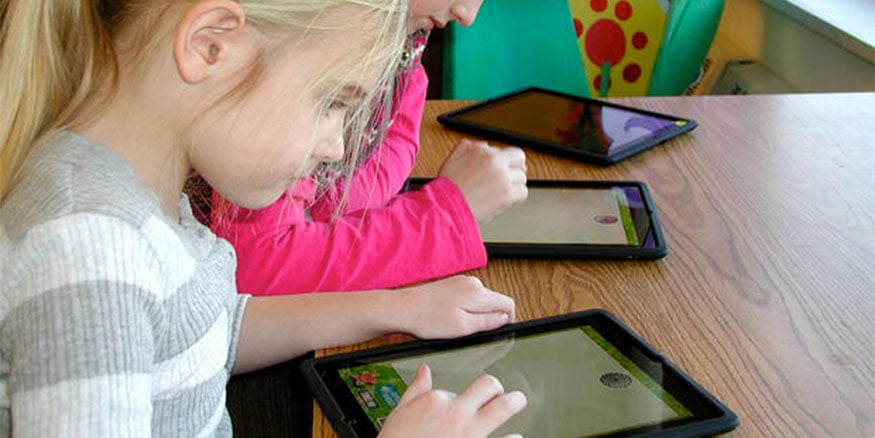 Tablets and other mobile devices are entering classrooms all across the United States at an increasingly rapid rate. iPads seem to be the fantastic little device leading this invasion. I can see why though. They can provide an incredible amount of benefits to both educators and students, and several studies have proven they certainly do enhance education. Therefore their exponentially increasing growth and support as a learning tool only makes sense.

Some are still a little shocked at how well the iPad had done in education. Apple CEO Tim Cook said on a call with investors, "Education tends to be a conservative institution, but we're not seeing that at all on the iPad. The adoption of the iPad in education is something I've never seen in any technology."

Check out these interesting survey results and figures concerning the growth of iPads in the classroom. Some of them might really surprise you.

1.) Apple says it has sold twice as many iPads as Macs to its education customers. (Macworld)

2.) 43 percent of teachers surveyed said they allow students to use tablets such as iPads in class. (Pew Internet and American Life Project)

3.) "The Big 3" publishers: McGraw-Hill (MHP), Pearson (PSO) and Houghton Mifflin Harcourt, which together provide 90% of the textbooks available to schools, are all currently partnering with Apple to sell digital versions. (Pearsoned.com)

4.) The iPad currently accounts for 82% of all web traffic generated by tablet devices.(Forbes)

6.) Teachers are realizing that tablets are beneficial with 82% of all teachers surveyed saying that their students have an interest in using tablets. (BESA)

9.) According to Apple, more than 1,200 universities and colleges, and over 1,200 K-12 schools host over 2,500 public courses on iTunes U, along with thousands more private courses available only to enrolled students. (Apple)

Also, here are some examples of schools and school districts that have or plan to implement a program to bring iPad technology in the classroom.

If your school is considering implementing mobile devices like the iPad in classrooms we are here to help. We have helped 250+ schools all over the US prepare their school wireless network for programs like 1:1 and BYOD to bring put these incredible learning tools in the hands of teachers and students. You may contact us here with any questions or for a free consultation. We are always happy to help; our goal is to be a resource for you!

iPads in the Classroom: Changing the Face of Education Infographic

Wireless Technology in the Classroom 101: Infographic